Taoiseach Leo Varadkar has apologised for his comments to Fianna Fáil leader Micheál Martin where he likened him to a sinning Catholic priest.He said: “I offended people who I never intended to offend. I want to apologise for that and withdraw it.”I have tremendous respect for priests, for the sacrifice that they give in the lives that they lead.

“And I have tremendous respect for people of faith. You know it didn’t come out the way I intended it and sometimes these things happen.”

The Taoiseach has faced strong criticism over his comments in the Dáil yesterday.

Responding to the Taoiseach’s apology, Fianna Fáil leader Micheál Martin tweeted: “I see the Taoiseach has apologised through the media to those who may have been offended by his attack yesterday. One correction to what has been said.

“Tone of debate wasn’t bitter or personal.  I was asking him about an over run on costs of Dunkettle Interchange Project.”

I see the Taoiseach has apologised through the media to those who may have been offended by his attack yesterday.

One correction to what has been said.

Tone of debate wasn’t bitter or personal.  I was asking him about an over run on costs of Dunkettle Interchange Project. https://t.co/EICAFpLN6K

Independent TD Mattie McGrath called on Mr Varadkar to come into the house and apologise for his comments.

He described them as “outrageous” and “utterly revolting”.

Fianna Fáil TD Mary Butler said the Government had committed to a eliminating discrimination on grounds of religion in the Programme for Government.

Leas Ceann Comhairle Pat the Cope Gallagher said he had been in the chair when the Taoiseach made the comments.

He said he had reviewed the transcript and that Mr Varadkar “may wish to address the matter when he is back in the house next week.”

In the Seanad, Independent Senator Rónán Mullen said he was very surprised by the Taoiseach’s comments.

Mr Mullen said he had been asked to raise the comments in the house which were described as “deeply stigmatising” of Catholic clergy and insulting to Catholics.

He said that some clergy were now targets for abuse on social abuse and on the street.

“At best it seems to be a decision to play to a very unpleasant gallery of anti-clerical people. At worst it might be the expression of some deep seated hidden dislike on his own part,” Mr Mullen said.

He added: “And I need hardly say that if someone made a similarly stigmatising throwaway remark about gay community leaders or spokespersons for the Traveller Community they would be rightly criticised.” 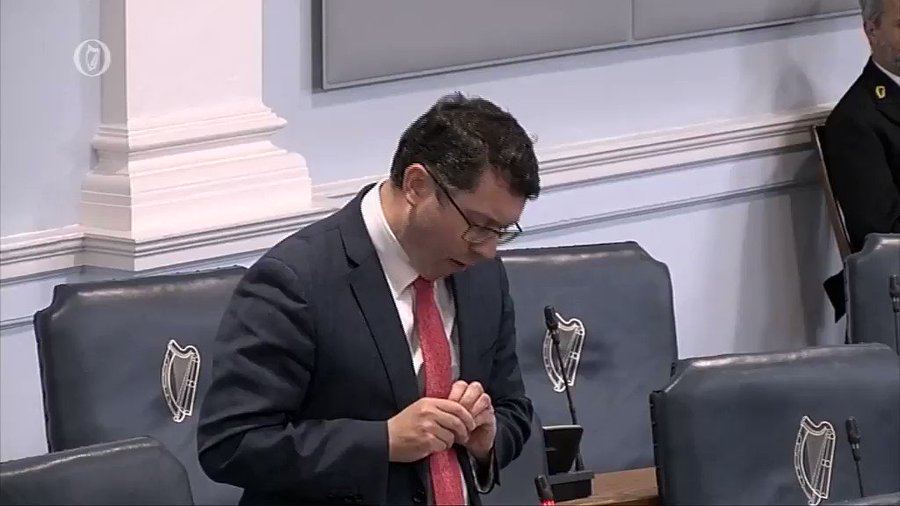 Strong criticism in the Seanad of @leovaradkar ‘s comments in the Dáil yesterday comparing @MichealMartinTD to a sinning parish priest. @RonanMullen said the remarks were “deeply stigmatising”

A Fine Gael senator asked the Taoiseach to clarify the comments he made, echoing the remarks from Senator Mullen.

John O’Mahony said: “I too would welcome clarification from the Taoiseach on what he said yesterday. I would hope that clarification would state clearly that it did not mean as it sounded when it came out. Because if it does I would want to completely disassociate myself from those comments.” 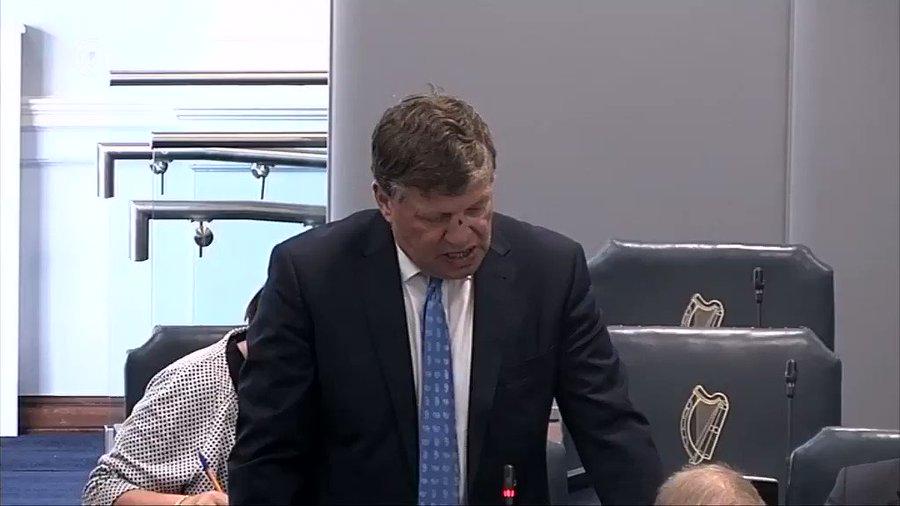 “Criminal acts by priests or politicians or gardaí or anyone else, need to be weeded out and treated with the full rigours of the law. But to paint everyone with the one brush is not acceptable and I would hope that is not what was meant.

“I would welcome clarification sooner rather than later.”