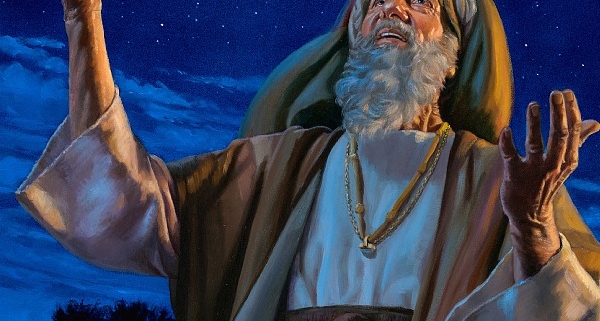 Gn 18:20-32
In those days, the LORD said: “The outcry against Sodom and Gomorrah is so great,
and their sin so grave,
that I must go down and see whether or not their actions
fully correspond to the cry against them that comes to me.
I mean to find out.”While Abraham’s visitors walked on farther toward Sodom,
the LORD remained standing before Abraham.
Then Abraham drew nearer and said:
“Will you sweep away the innocent with the guilty?
Suppose there were fifty innocent people in the city;
would you wipe out the place, rather than spare it
for the sake of the fifty innocent people within it?
Far be it from you to do such a thing,
to make the innocent die with the guilty
so that the innocent and the guilty would be treated alike!
Should not the judge of all the world act with justice?”
The LORD replied,
“If I find fifty innocent people in the city of Sodom,
I will spare the whole place for their sake.”
Abraham spoke up again:
“See how I am presuming to speak to my Lord,
though I am but dust and ashes!
What if there are five less than fifty innocent people?
Will you destroy the whole city because of those five?”
He answered, “I will not destroy it, if I find forty-five there.”
But Abraham persisted, saying “What if only forty are found there?”
He replied, “I will forbear doing it for the sake of the forty.”
Then Abraham said, “Let not my Lord grow impatient if I go on.
What if only thirty are found there?”
He replied, “I will forbear doing it if I can find but thirty there.”
Still Abraham went on,
“Since I have thus dared to speak to my Lord,
what if there are no more than twenty?”
The LORD answered, “I will not destroy it, for the sake of the twenty.”
But he still persisted:
“Please, let not my Lord grow angry if I speak up this last time.
What if there are at least ten there?”
He replied, “For the sake of those ten, I will not destroy it.”
https://www.keashparish.ie/wp-content/uploads/2022/07/1102002043_univ_sqr_xl.jpg 600 600 William Henry https://www.keashparish.ie/wp-content/uploads/2018/10/keash-parish-logo2.png William Henry2022-07-24 15:31:312022-07-24 16:30:40Lectionary: 111 - illustrating God, the Father's true love