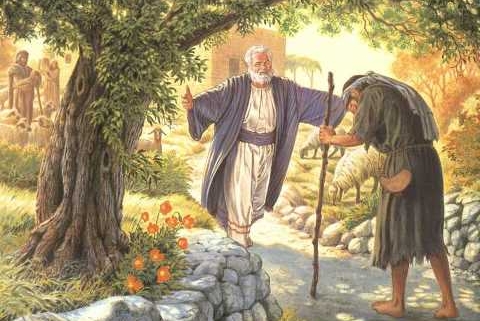 The LORD said to Joshua,
“Today I have removed the reproach of Egypt from you.”

Brothers and sisters:
Whoever is in Christ is a new creation:
the old things have passed away;
behold, new things have come.
And all this is from God,
who has reconciled us to himself through Christ
and given us the ministry of reconciliation,
namely, God was reconciling the world to himself in Christ,
not counting their trespasses against them
and entrusting to us the message of reconciliation.
So we are ambassadors for Christ,
as if God were appealing through us.
We implore you on behalf of Christ,
be reconciled to God.
For our sake he made him to be sin who did not know sin,
so that we might become the righteousness of God in him.

Verse before the Gospel

I will get up and go to my Father and shall say to him:
Father, I have sinned against heaven and against you. 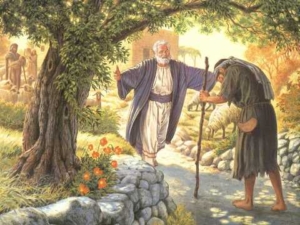 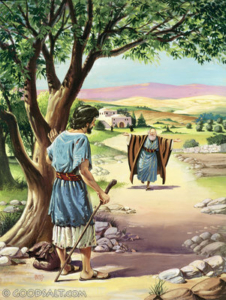 Coming to his senses he thought, “How many of my father’s hired workers have more than enough food to eat, but here am I, dying from hunger.  I shall get up and go to my father and I shall say to him, ‘Father, I have sinned against heaven and against you.  I no longer deserve to be called your son; treat me as you would treat one of your hired workers.’”  Luke 15:17–19

Why do we cling to our sins?  This passage comes from the story of the Prodigal Son.  We should know that story well.  The son decided to leave his father and take his future inheritance, spending it on a life of sin.  When the money he had ran out, he was in desperate need.  So what did he do?  He came to his senses!

This line alone is worth our meditation.  First, it reveals what happens to a person who falls into a life of sin.  In this case, the son eventually reaped the fruit of his sin.  He found that his sin left him destitute and alone.  He didn’t know where to turn.  And though our sins may not be to the extent of this son, we will all experience the empty effects of the sins we commit, just as this son did.

The profound insight we can gain from this son is that he did come around.  Specifically, by “coming to his senses” he recognized two important things.  First, he realized that he is worth more than a life of destitution.  No one should have to live an impoverished and empty life.  Therefore, by seeing his own dignity he came to realize that he was made for more.

Reflect, today, upon this twofold action.  The son sees his misery and also sees his father as the person to whom he can confidently turn.  We must strive to do the same in our own lives.  The Father in Heaven will never reject us.  No matter what we have done or how far we have turned away, the Father’s love is perfect, relentless, unconditional and always inviting.  He is ready and willing to dismiss every wrong we have done if we only turn to Him in confidence.  Come to your senses in regard to your sins!  Let go of them, repent and trust in the mercy of God. 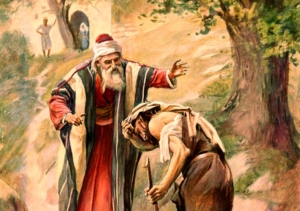 Lord of perfect love, my sins do leave me dry and empty inside.  I see the misery and pain that result from the sinful choices I have made.  Help me, dear Lord, to come to my senses and to turn from every sin I commit.  Help me to see that Your mercy is far greater than anything I have done.  I thank You for Your perfect love and turn to You in my need.  Jesus, I trust in You.