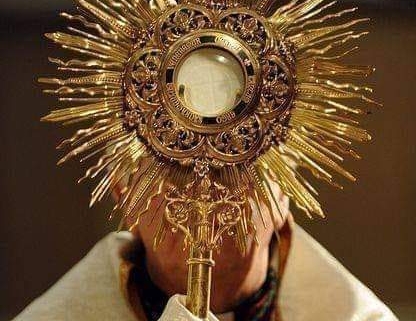 EXPOSITION OF THE BLESSED SACRAMENT:

(1) Why does the Catholic priest cover his hands during the exposition ?
(2) Is the hands of the priest unworthy to touch the blessed sacrament ?
(3) But isn’t the priest that gives the holy communion with his bare hands during Mass ?

Therefore, in order to signify that the priest is not the one that blesses the people, he covers his hands with a veil cloth that drops over his shoulders during this solemn worship.

The hands of the priest are certainly not unworthy to touch the blessed sacrament, BUT for the purpose of this adoration, the priest is not supposed to substitute or take the place of Jesus Christ, hence he covers his hands and from the shoulders down.

Remember that it is those same hands of the priest that blesses the consecrated body and blood of Christ which the communicants receive during the Holy Sacrifice of the Mass.